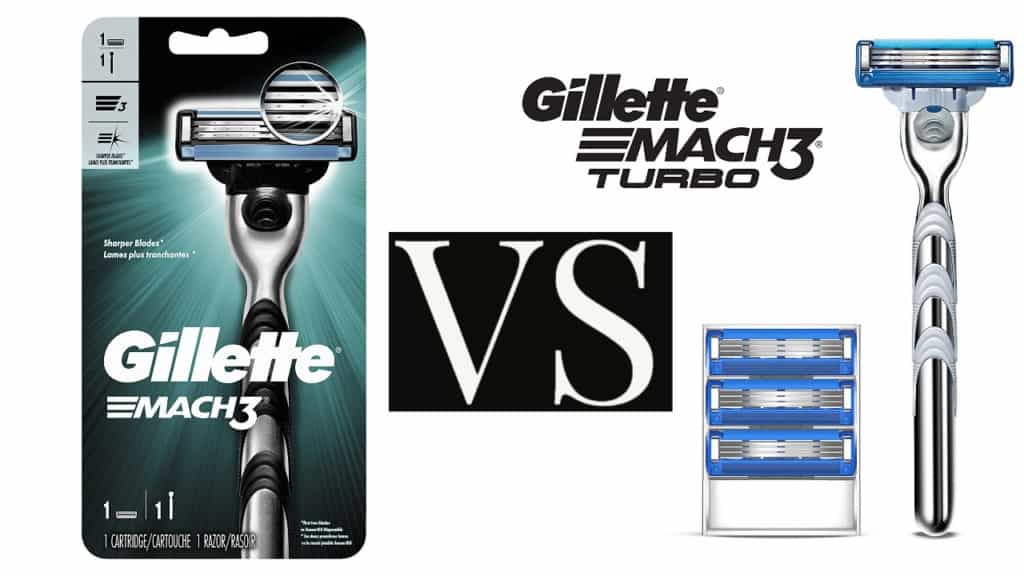 It’s true to say that you won’t require to practice any rocket science for its use for wet shaving. Unlike dry shaving methods like an electric razor, which may build up many troubles during its application, the convenience and comfort that drives the traditional wet shaving razors made it still acceptable to the people in this revolutionizing world.

Whether you’re a starter just looking to shave for the first time or a veteran searching for the best razor to upgrade the grooming kit, Gillette Razors are among the best choices until today. No doubt, their razor offers the best combination of the perfect shave with a comfortable usage.

Gillette Mach 3 series lined up itself with cartridge razors engineered to give the best a man can get. It may be because of the ‘fewer strokes’ over the area that made the cartridge razors preferred.

Gillette series starts with a basic variant – Mach 3 and ends with its upgraded variant, i.e., Mach 3 Turbo. Both the variants are similar in most of the features, but yes, it also houses few differences that made it eligible to take a talk for comparison. 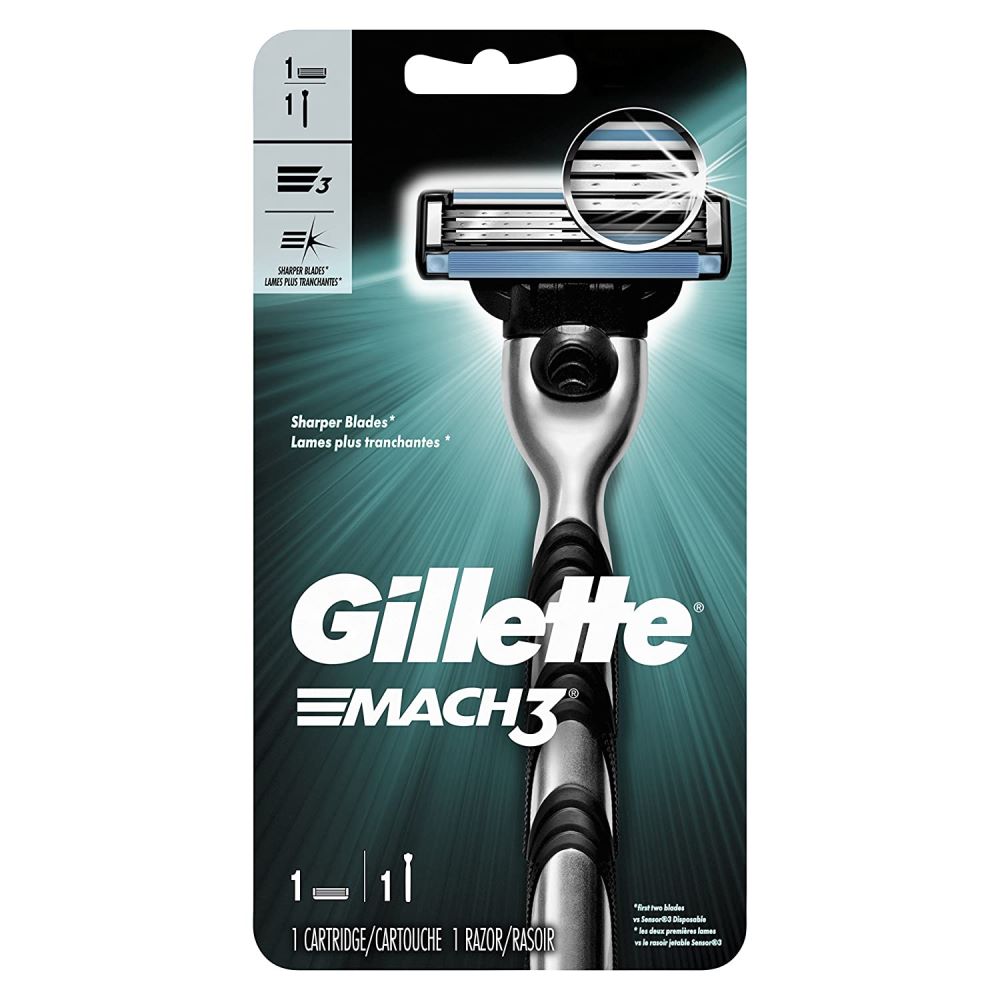 The cheaper variant among the Mach 3 series doesn’t mean that it has cheap features. It needs to be praised for exhibiting an ergonomic design that guides the razor to perform the task well, even around the tricky areas. A lubrication strip, micro fins, and three-blade system together constitute the razor head that will not disappoint you to give a clean cut. 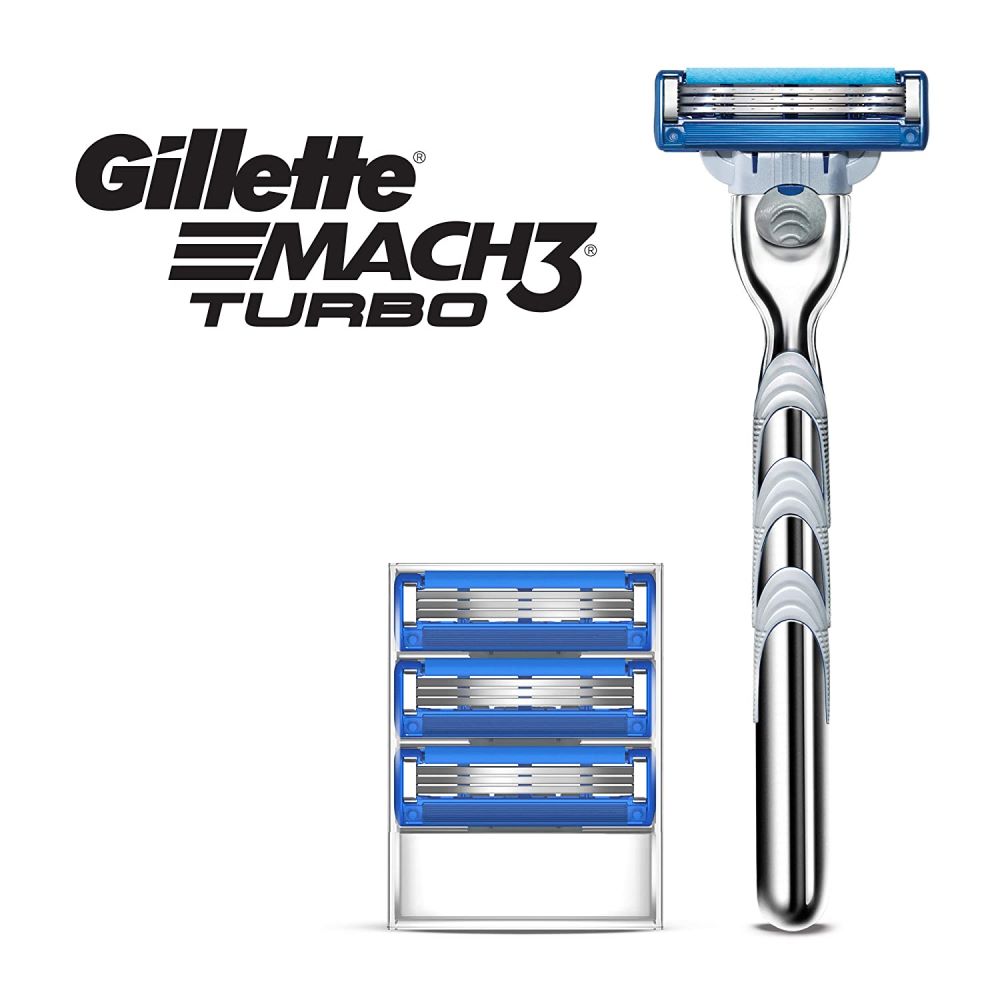 The Dura Comfort triple-blade system makes the razor head of the Gillette Mach 3 Turbo. The cartridge paired with a hydrating razor on top and micro fins on the bottom allows using it over the toughest hairs on the face effortlessly.

It’s unusual to compare two Gillette children, especially when both are equally similar to almost features. That being said, you may be equally in thought to know which one should be better to purchase.  Here we have compared the two, and that’s indeed a comparison battle between the best.

Both the razor comprises of three blades. And when you have a multiple blade system, you can be assured to get a close, clean cut. The blades are spring-mounted, i.e., it can automatically adjust itself to follow skin variations.

The same lift and cut mechanism apply here. The first blade lifts the hair away from the skin, and the other two blades cut the hair. The gaps between these blades prevent the chances of getting clogged with hair or foam and are super easy to clean off.

In Mach 3, you’ll get a standard sharp blade, whereas the Mach 3 Turbo’s blades are claimed to be sharper. However, Gillette also says, “the blade material in both is stronger than steel’.

In contrast to Mach 3, the blades present in Mach 3 Turbo have an additional anti-friction surface. These coatings help reduce friction and increase the blade’s smoothness by which it will glide through the skin. The blades will now get protection from wears and hence increases durability.

The contribution of lube strips is great in preserving the moisture of the skin. Especially when dealing with a multi-blade razor that cuts close to the skin, it can draw out the moisture, resulting in dryness and increased friction.

Lubricating Strip is present in both razors and keeps the skin hydrated and prevents kind of irritation. You’ll get this strip slightly larger in Mach 3 Turbo razor. Besides, these strips in Mach 3 Turbo acts as an indicator that turns white from its original color green. This color change indicates that you need to change the blade.

In addition to this, the moisturizing strips have Aloe Vera that gives out a soothing fragrance and will leave your face smelled with this attractive smell.

Running the razor so close to the skin and still no razor bumps, how’s this possible? The direct answer is skin guards that protect your skin. Micro fins are made of soft rubber and are present at the bottom of the razor head in both Mach 3 and Mach 3 Turbo.

This feature’s sole aim is somewhat similar to stretching the skin just like you’d have done with your hands. Due to stretching, the skin surface becomes even or stable and helps the hairs get straight. These allow more hair to get caught without hurting the skin.

What about the Handle?

What’s interesting about this series is that you can fit these razors on any Mach 3 handles. The handle’s superior design ensures a great grip and comfort to follow the contours of the skin.

The handles are also strong and contain a rubber grip that prevents the razor from slipping off the hands. Though lightweight, the handle feels solid to hold.

To be clear, both razors are great on their own. For a cheaper choice and for those who are beginners, the Mach 3 will guide you to start from scratch. If you prefer to spend more bucks on a razor, you can grab Mach 3 Turbo that has few more feature upgrades.

But still, the Mach 3 proves better to help you get the best and help you not get out of the expense circle.  At last, it’s all about personal preferences.