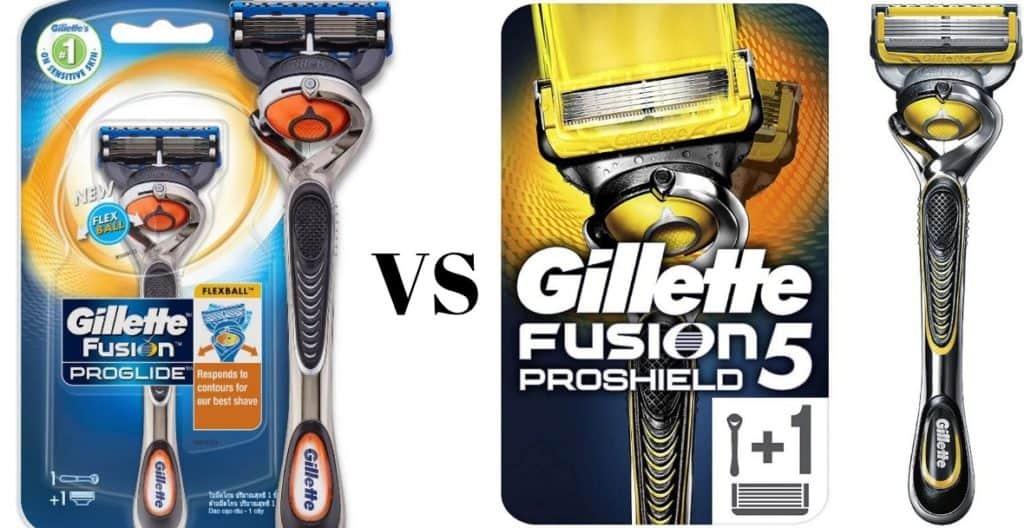 When it comes down to the battle of which razor is best, it’s never an easy answer. Both Gillette Fusion ProGlide and ProShield are superior quality razors that have some amazing features too. However, both have varying features and based on these differences, it is tough to conclude which one is better than the other. So first, let us understand the features of each of these razors, find the similarities and differences between them, and then come to a conclusion.

Gillette Fusion ProGlide is one of the most popular refill blades designed by the even more popular brand Gillette. When it comes to razors and blades, Gillette is an industry-standard name across all homes in the world. The features of the ProGlide ensure that every time you are having, you have the smoothest experience of it. It is made with a Flex Ball Technology perfect for tracing through the contours of your face and skin with as much precision as possible. This means that every single hair will be taken down. On the back, you can also find that there is a precision trimmer made especially for this purpose, to get through hard to reach areas like your sideburns or under your nose. You can shave through them all and reach all areas quite effortlessly, thanks to the anti-friction blades they have been made with. There are 5 anti-friction blades where the first four blades are the sharpest blades ever in Gillette’s line of blades – the Low Cutting Force blades. 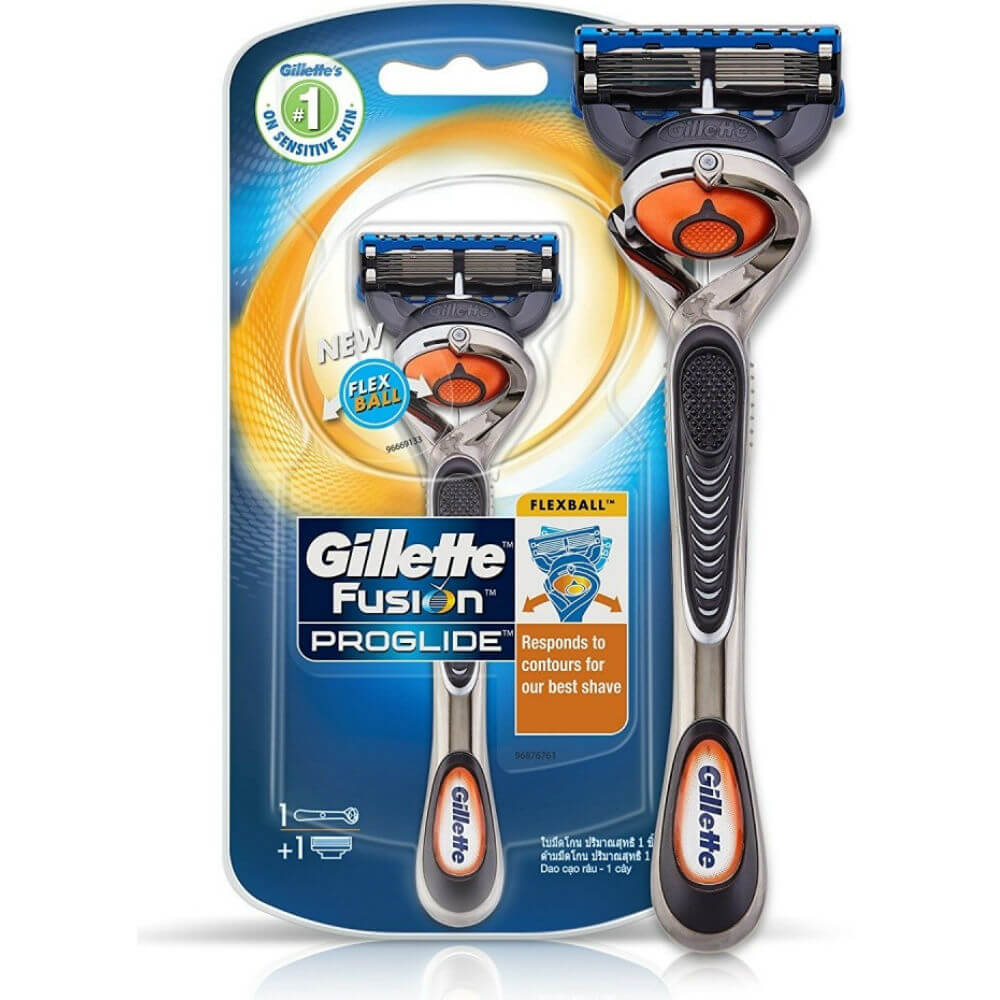 On the top of the razor cartridge, you can find that it is made with a lubricating strip which is known as LubraStrip, a term coined by Gillette for this green strip they have provided which will ensure that the razor is as gentle as possible on the skin and does not cause any cut marks and other injuries. This LubraStrip is not only 25% larger when comparing to the Fusion5 model, but it is also enhanced with the presence of more lubricants, which make shaving a pleasant job to do. By providing maximum moisturization on the skin, the LubraStrip also helps to reduce any potential skin irritation. Along with this, there is also a comfort guard on the razor with several soft, flexible strips placed very close to each other. Along with protecting your skin during shaving, this comfort guard also helps eliminate leftover material on your skin, such as the shaving gel.

All in all, the Gillette Fusion ProGlide is a great product to meet your shaving needs. Not only does the razor fit into al refills of the Fusion5 model, but a single blade refill can also be used for as much as one month of shaves. ProGlide is also suitable for use by both beginners as well as experts.

Let us now move on to explore the features of the ProShield model.

The ProShield is another model of best-selling cartridges by Gillette. According to claims by Gillette, the Fusion ProShield is their most advanced razor, which tons of features. Not only that, but it is also just too beautiful to look at too. The handle has a dark grey color and yellow highlights that make it stand out from the crowd. As its obvious from the name, the main feature of this razor is to “shield” you or provide you with maximum safety and comfort while you are using it. The razor has a unique lubrication system to facilitate this shielding property and reduces irritation on your skin to ensure a smooth shave. This shield not only adds a moisturizing effect to your skin, but it also lubricates your skin both before and after your shaving. Two lubrication strips cover the blades for different directions. 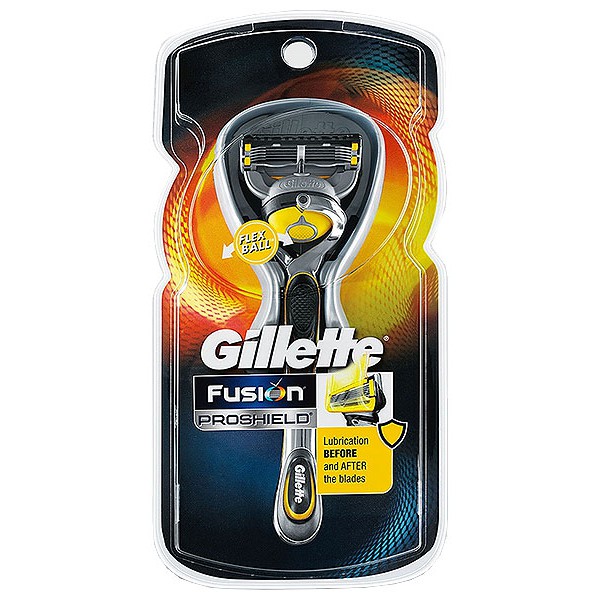 To make sure that each hair is cut completely and your face looks neat and clean, the razor has micro combs present in it. Another feature is that you can use this razor for both dry shaving and wet shaving. This razor also has 5 blades, just like the Gillette Fusion ProGlide, and has a precision trimmer on its back which can cover hard to reach areas like under the nose, the chin, sideburns, neckline, etc. this one also has a cooling version which will provide a subtle yet strong cooling effect on your skin. This is a technology developed by Gillette known as the Chill Cool technology with a single strip of protective moisturizing gel in the color blue. This razor can also last for more than a month.

In a nutshell, this ProShield model is great for your skin and health. It has great moisturizing properties, unlike any other in the market. The health benefits combined with the fantastic features, truly make it one hell of a product.

What are the Differences and Similarities between the Two Models:

As we now conclude which one is better than the other, it is inevitably understood that both models possess amazing but features, so you cannot say that one is superior to the other. Both razors have excellent quality, and it is according to your skin and preferences that you should choose which model is best for you. If you have really sensitive skin, then ProShield would be the best choice since it is not just gentle on your skin but moisturizes and protects it too. On the other hand, if you are looking to get the most perfect and flawless shave, then the ProGlide would be the better option for you.