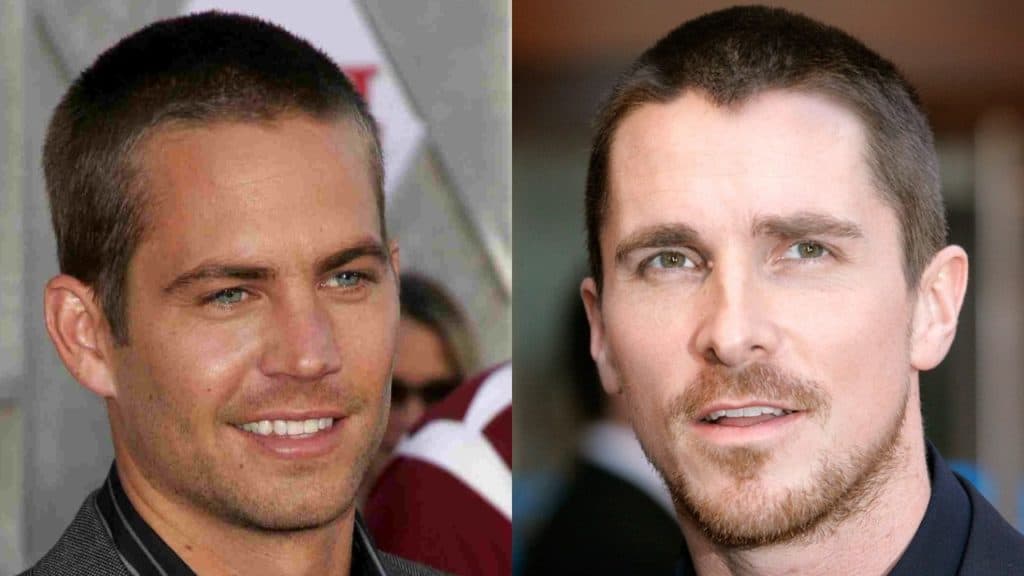 Butch cut is a cut where the hair on top of your head is cut very short in every dimension. You will not find even a strand of hair that is unevenly cut. These are neatly and symmetrically cut short hair for men. This is the minimalist style that I think every man can carry easily. Guys, if you are looking for any low maintenance haircut and something which is rugged, gives you a fierce look yet classy and of course, makes you look younger and sexier; go for this very impressive “butch cut.”

A lot of men don’t realize that which type of a haircut/style do they need or what will look good on them. There is a lot of variation within the men’s buzz/butch cut – which majority are not aware of. For this, you really need the help of an expert hairdresser to suggest you the type of butch cut that would suit your face and personality. 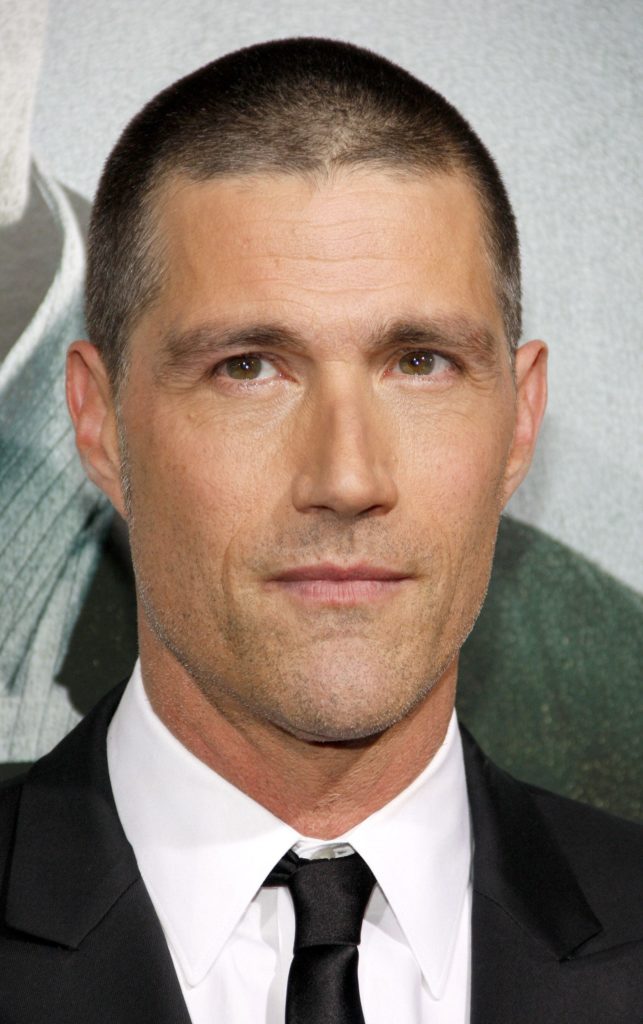 This is the extremely short version of a regular cut. You call this a butch cut style. This is necessarily a terse style of cut for men. Evenly cut on all sides, this look gives a classic appearance. For you to carry a rugged look, opt for a short butch cut. This would suit those who have a little broad face, little lesser than a regular broader version. However, those with long and rectangular face cut will also look smart and bold. 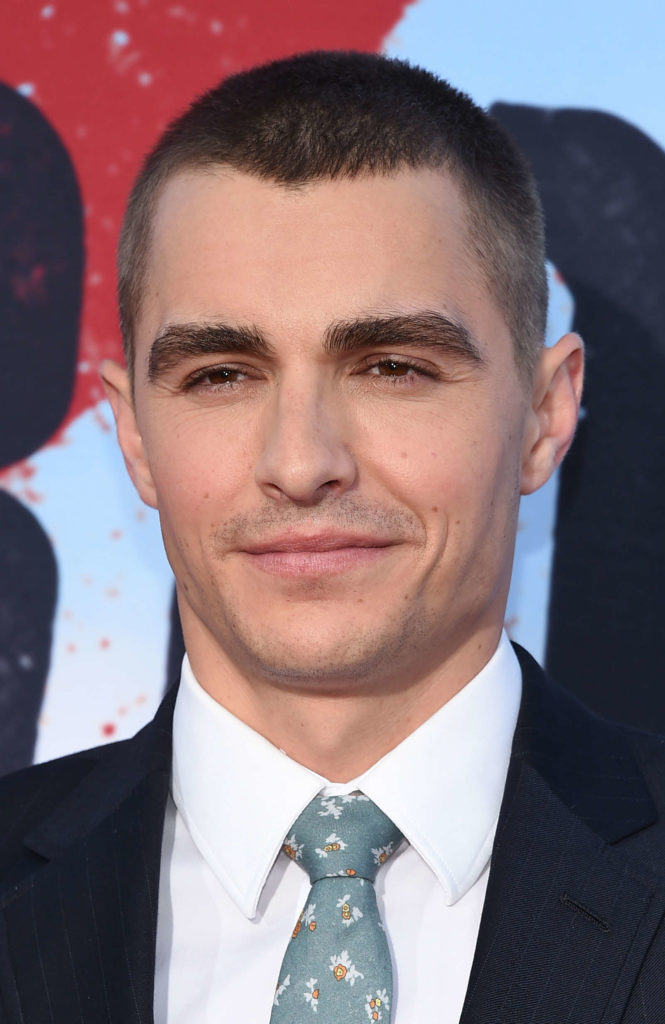 A little longer than the short buzz cut, the burr cut is still a short one. To get this cut, you need a trimmer razor numbered from 1 to 3. This way you will produce this unique haircut. This cut produces just an inch long hair or probably even lesser than this. This is a perfect cut for guys who have thick or unmanageable hair. This is easy to cut and will look good on all boys. 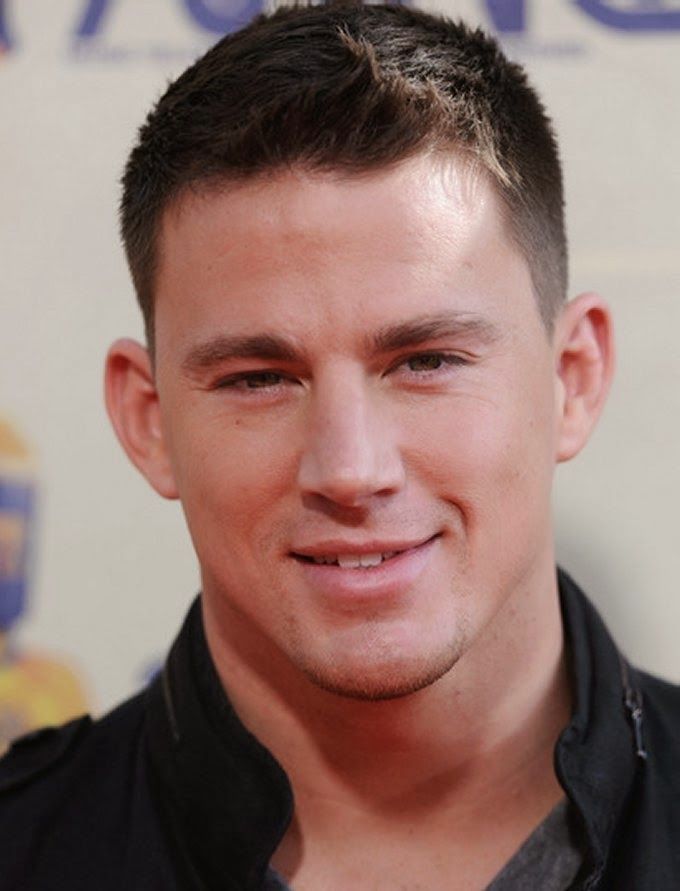 This is another version of the butch cut. The crew cut has two prevalent and in demand version – the American crew cut, and the European Crew cut. This is popular amongst the players around the world. For the American version, the crew cut is generally tapered at the base and ends with an inch long hair on top. On the other hands, the European version is considered as any hair cut that is short, all over. The European version does not have a dramatic tapered cut at the back. So, guys, you can opt for either of the crew cut that suits you. 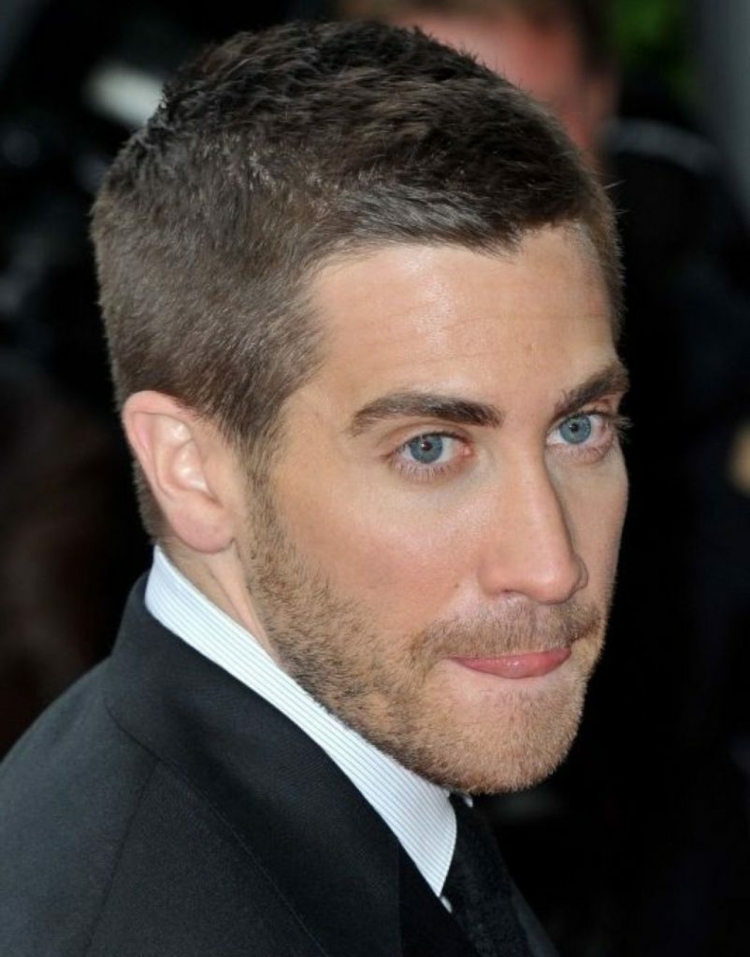 As discussed above, this is a version of a simple crew cut. The butch cut has many variations to it. And this one, being the American version of the very famous and in demand The American Crew Cut. This is nothing, but simple short hair all over about 1 to 1.5 inches high. As in the picture, you can see hair all over is evenly cut except at the back. It is tapered at the back. 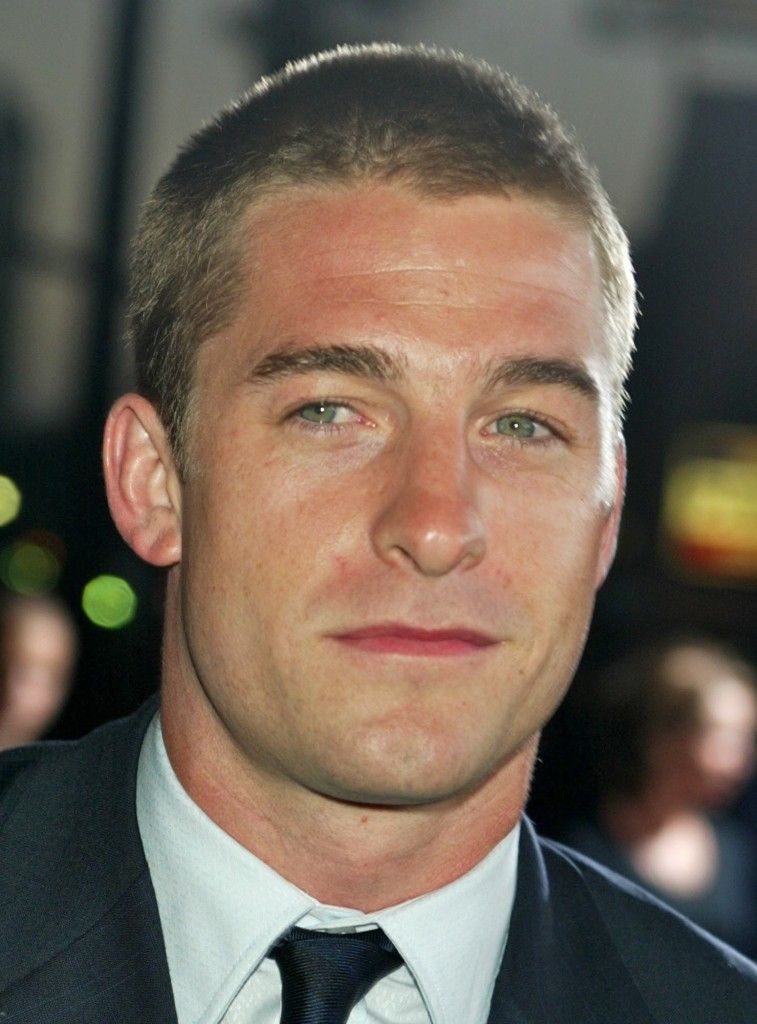 This is another variation of the butch cut, called as the Military cut. As it is synonymous to its name, the haircut has got its name from the army people. It has gained popularity a long time back. Believe me; you will find that the youngsters are a great fan of this cut.

Buzz Cut All Around 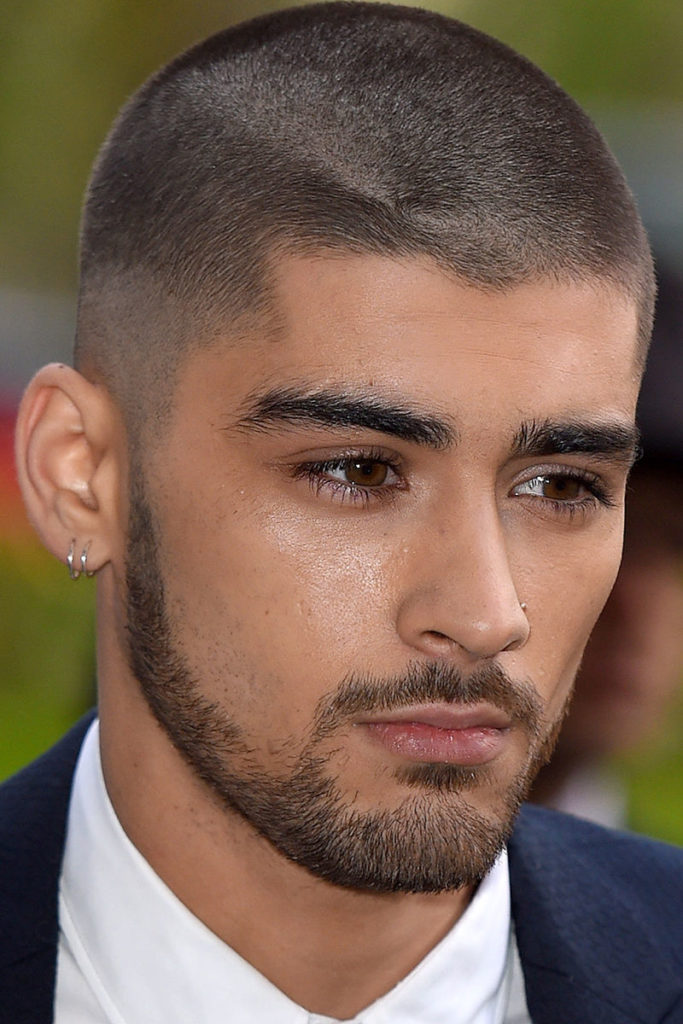 This is yet again one of the variations in the butch cut. Very short butch cut with a length of almost half to one inch of hair all over. This is one of the best manageable styles that all men can carry. Just hold your trimmer in one direction and create a cut all over. 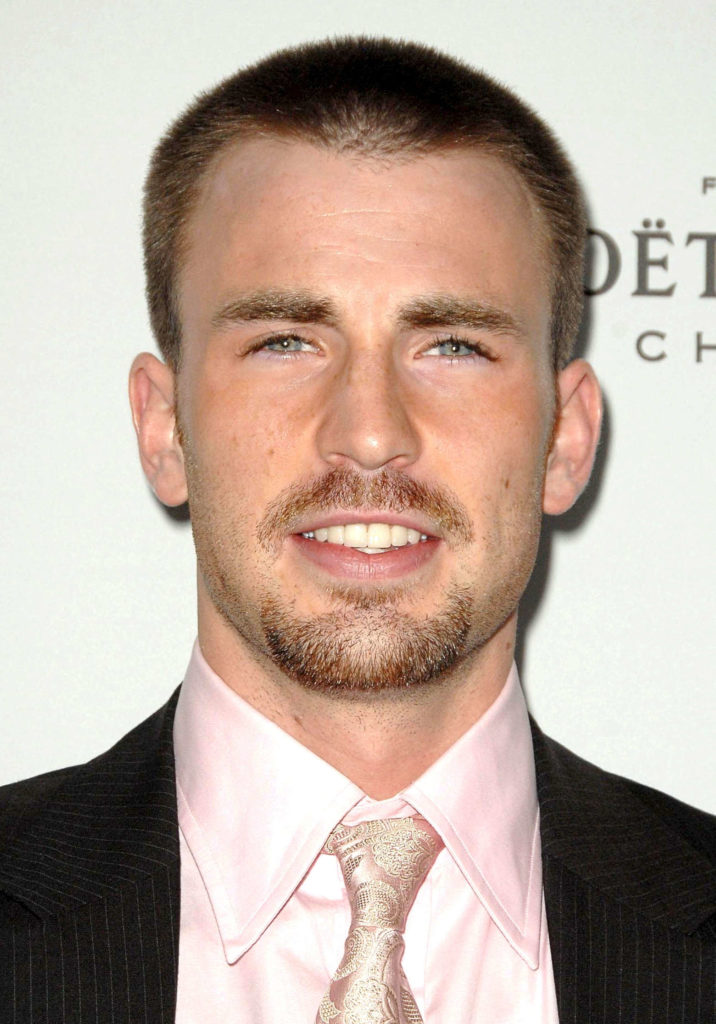 Yet another stylish variation in the butch cut. Thought this is a difficult task to make out that which variation have you got? All seem similar to each other. Basically, for a novice, it hardly makes a difference as to which sort of cut he wants. But if you ask your stylist, he will surely guide you according to your face type. Now as the name says, it is quite easy to presume that it is a “low and tight” cut. The hair on either side and at the back of the neck is roughly trimmed to half an inches, and the center portion is a bit longer than that at the back. The hair length and the style gives you a more casual look with a low and tight style. Most men prefer to go for a flat-top to have a different style and look unique among the crowd. 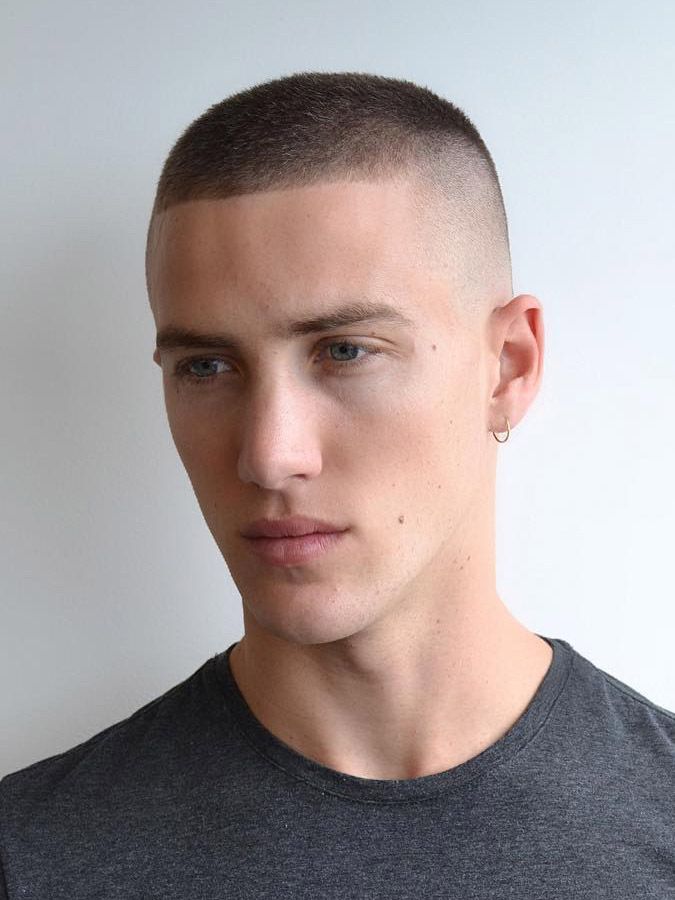 Do not get confused by the names now. The easier task is to carry your picture for the style/cut you want. Your stylist will do so accordingly. You will see that as you move towards the temple, your hair cut will reduce to nil. While the center of your head will sport little long hair. A neat and symmetrical cut is given at either side and moving towards the temple. A classy and a typical cut though.

High and Tight Side Fade 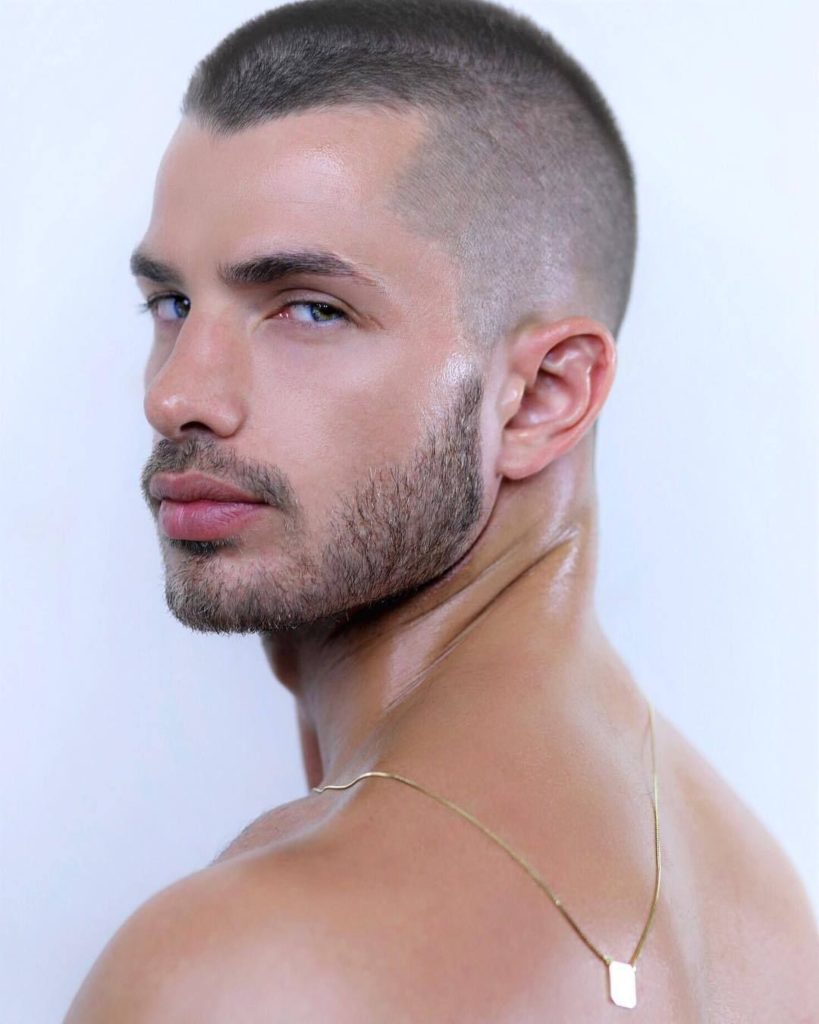 This is another similar to fade cut. The center hair remains a little more than a half inches long while on either side the trim is being faded. This look is more or less similar to low and tight butch cut. Another style that would make all men looks younger and dapper.

Burr Cut with a Beard 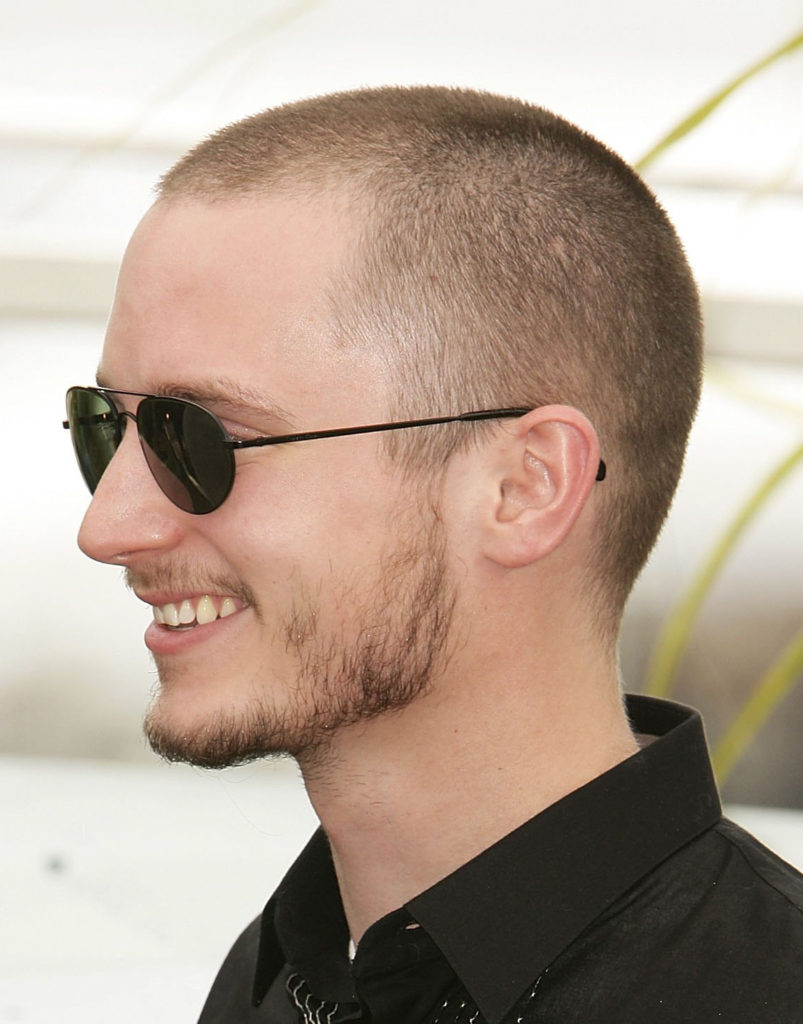 This is simple yet classy for all military men. Inspired by our very own military persons, this cut is getting famous amongst the ordinary men too. That stubble with a short butch cut is the way to carry you this season. 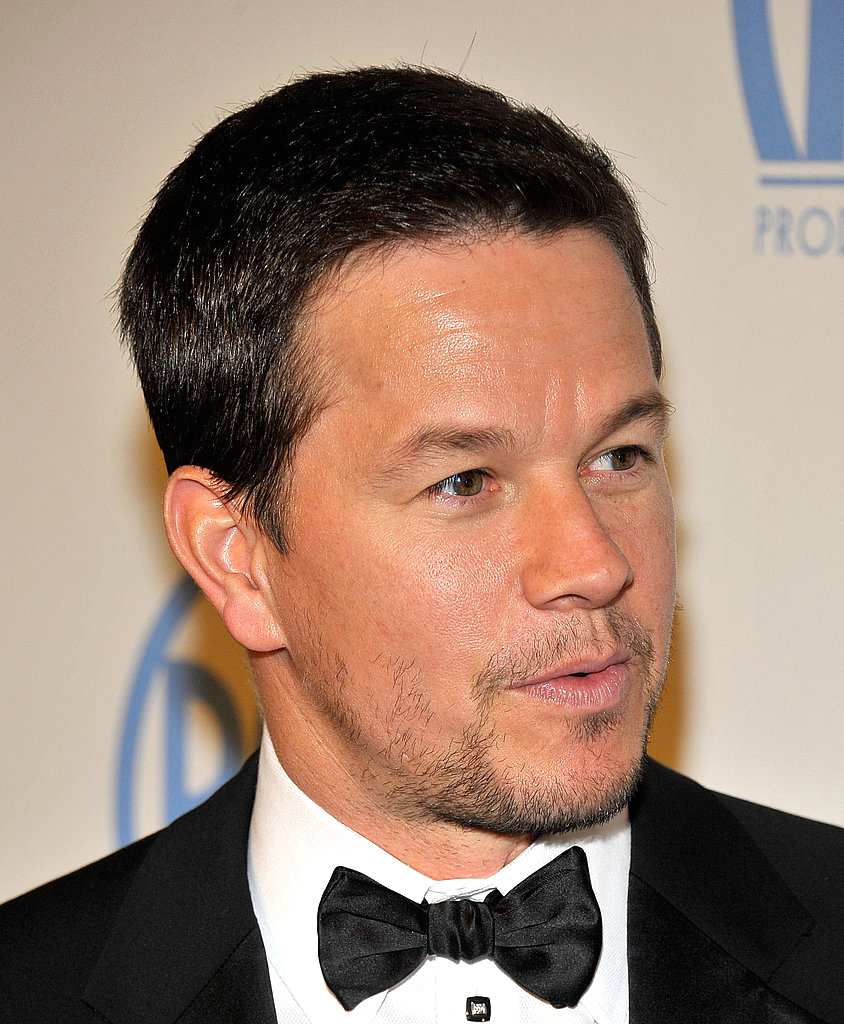 Nothing more than a Hollywood style to be carried by men this season. Trending latest is this very own Crew cut where the hair are trimmed to about an inch or little longer than that. 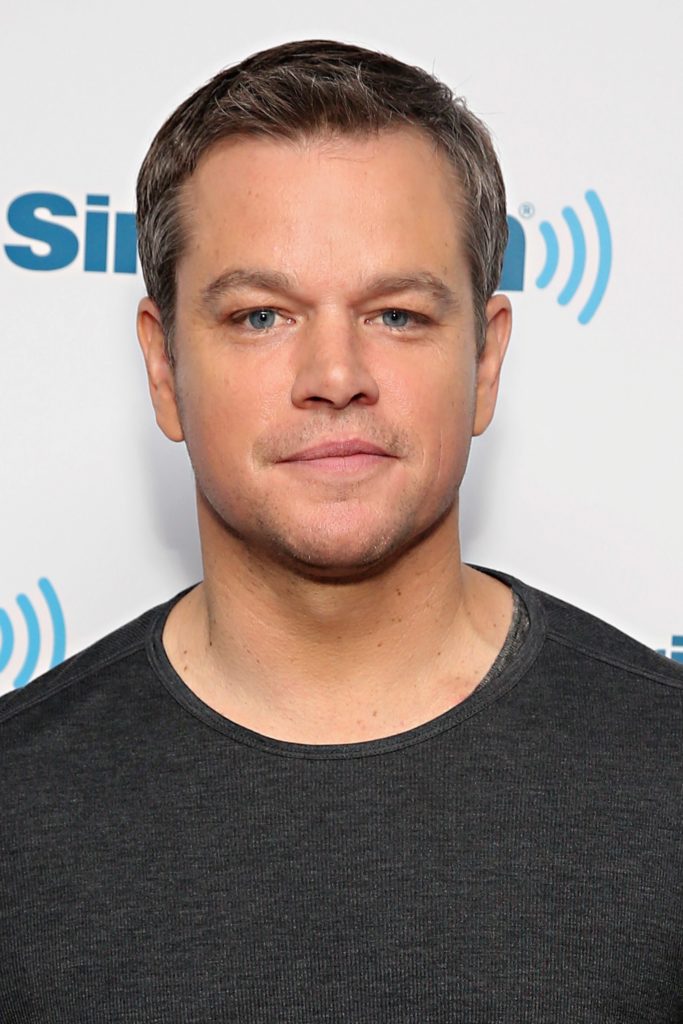 This is just an ordinary short crew cut for boys of younger age group. The ones who cannot manage long hair, this cut is for them. Apply gel on your front spikes so that they can get a perfect shape. This cut is suitable for men of all age group. 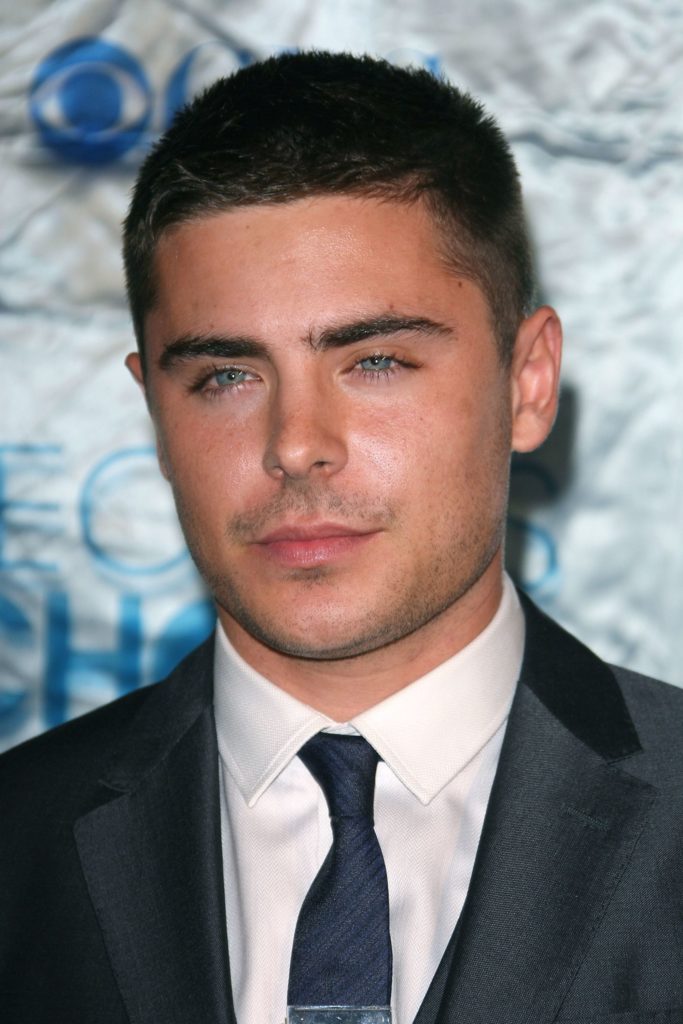 This cut has really created a buzz all around literally. The buzz cut works best for most people. They refer this cut as this is absolutely easy to carry and easily manageable. So if on a lazy Sunday afternoon, you don’t feel like combing your hair, the buzz cut will really work wonders.

Buzz Cut Fade With a Shaved Line on the Side 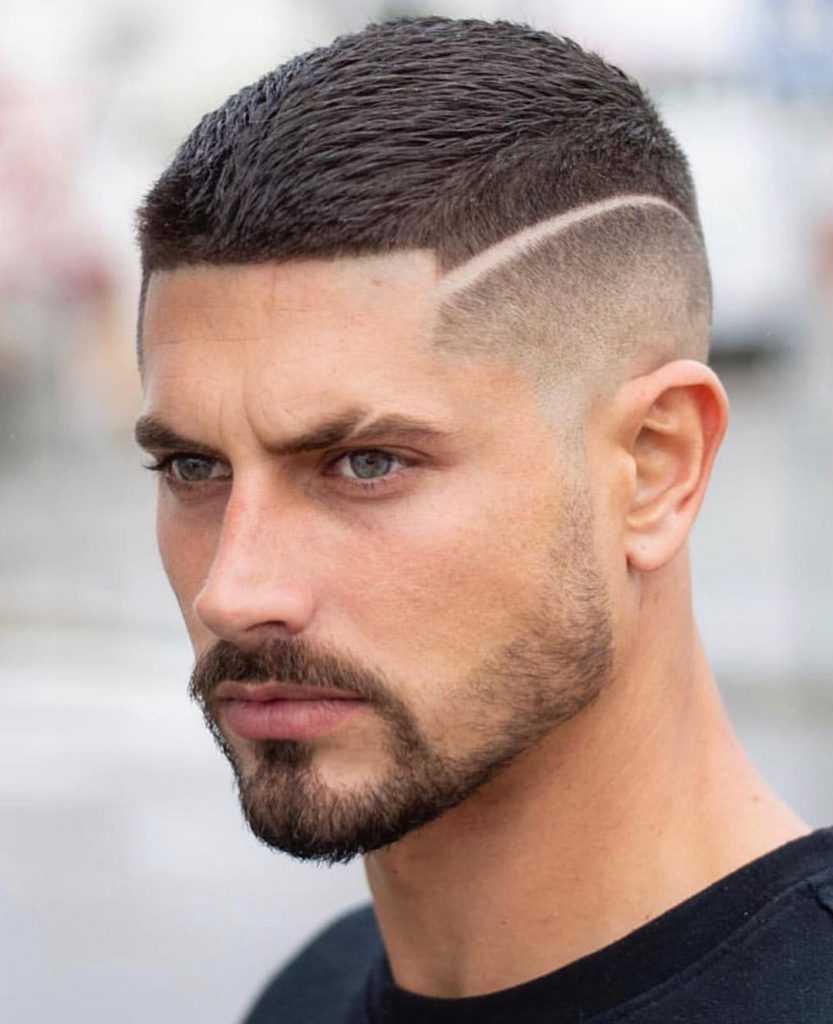 This is called as a cool buzz cut or a cooler version of butch cut. It suits almost all youngsters and young men. This cut is much in demand by the college boys. This is a simple butch cut with faded sides and a shaven cut on either side, or it can even be on one side only. This suits all boys and men of early or late twenties. Much in vogue, this depicts a cool personality and style. 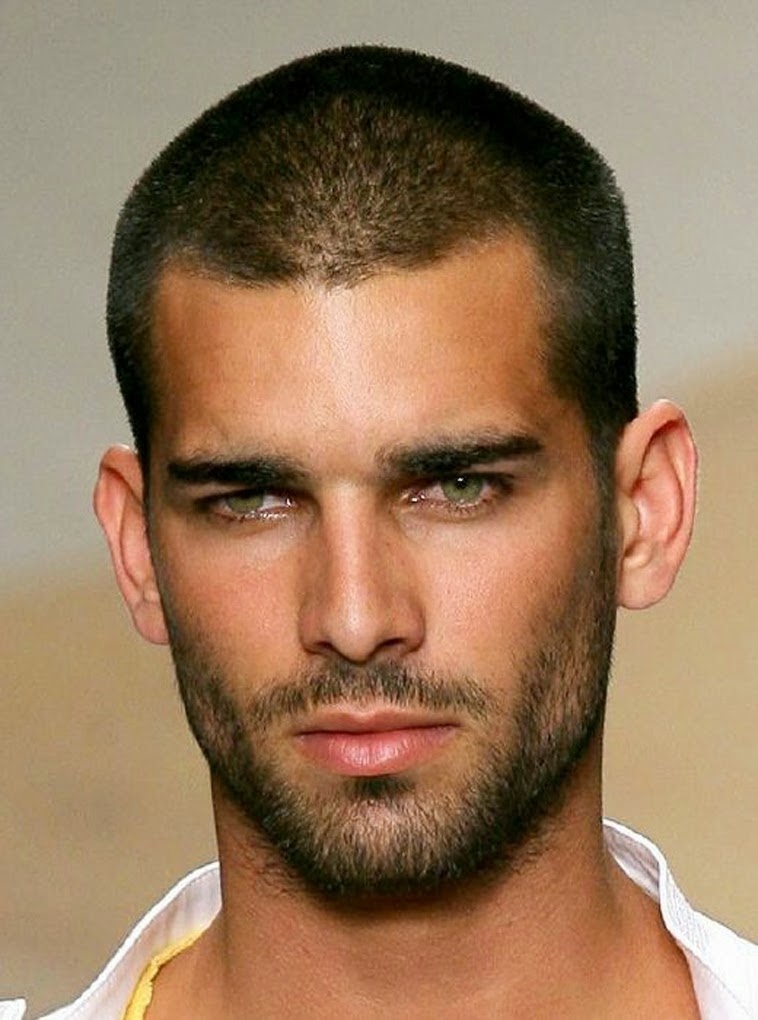 The brush cut is effectively the most extended butch cut. The brush haircut is done by using the 4th setting of the trimmer. This cut gives you short yet dense look. It is one of the longest haircut before you go for another haircut. This is inspired by the football players in the West. 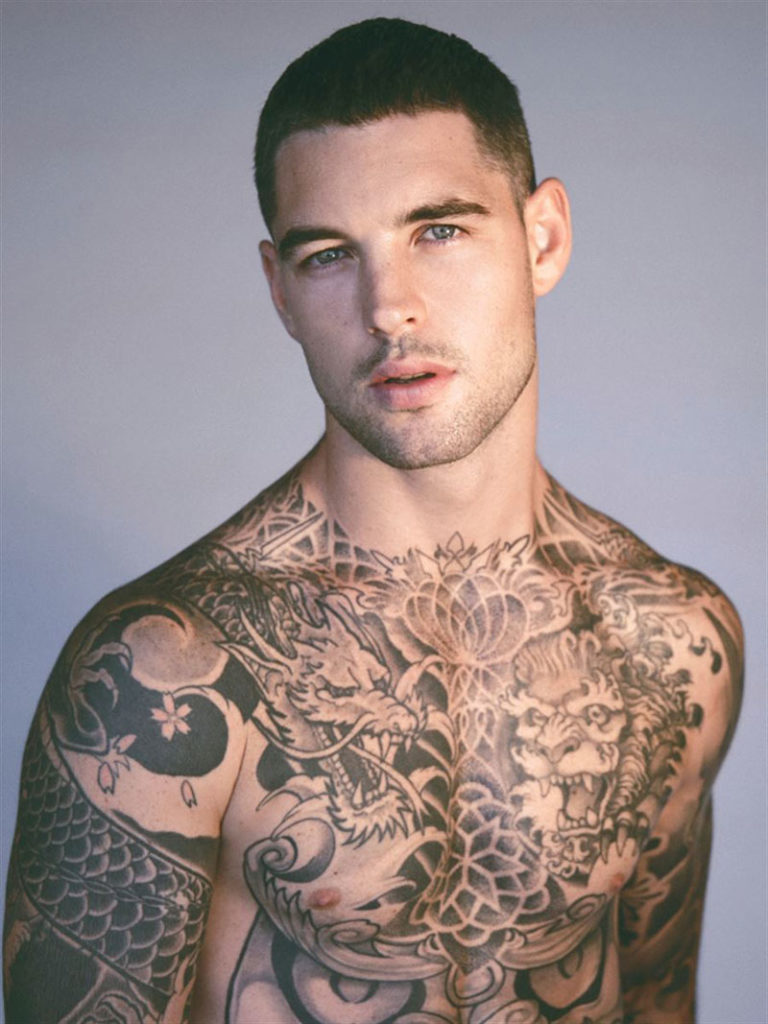 Inspired from the Hollywood stars, this haircut is a bit different from the normal burr cut. You can call it to be its variation. The trimmer needs to be set at a setting with 3rd to 4th number trimmer, where you can achieve this look. Apply hair mouse/serum generously to make it look shinier and glossy. 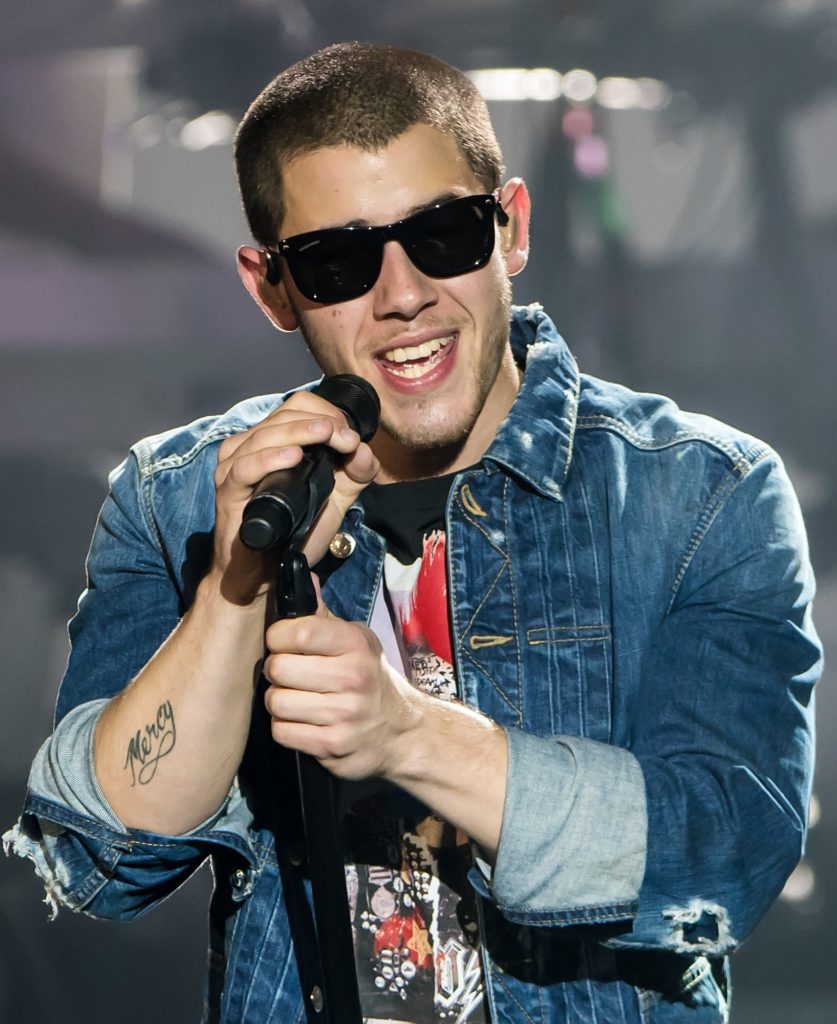 This is the most distinctive cut from all other butch cuts. A variation that looks cool, smart and of course makes you look way younger than you are. You need a trimmer razor as close as to your head that it looks quite shaved off. 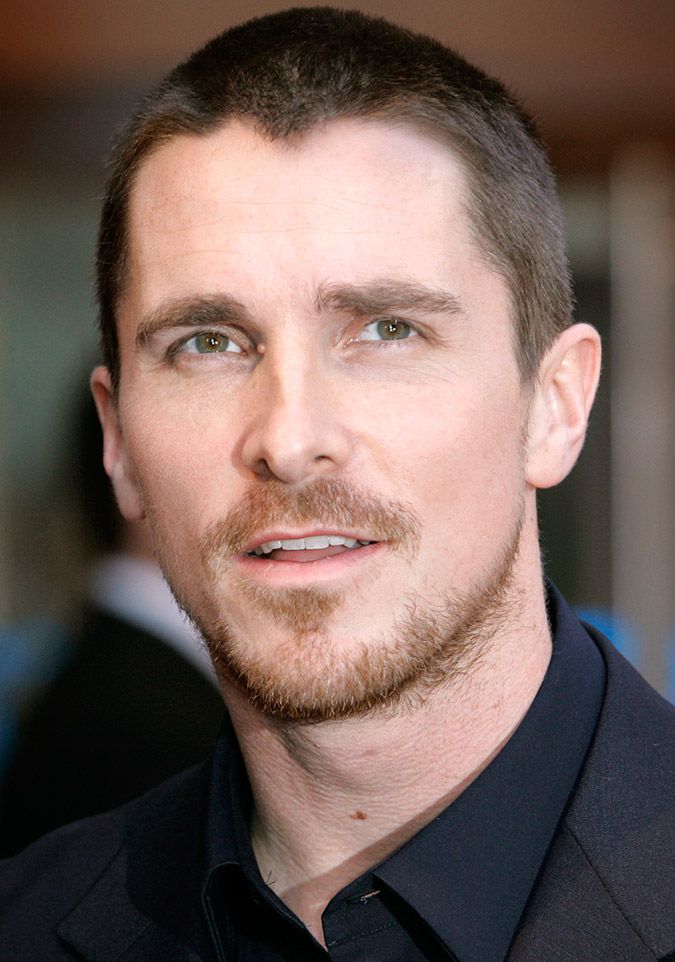 Yet another variation to the very famous induction cut. A style that is demanded by most of the boys/men. The razor trimmer needs to be set at point 4 to achieve this cut. Slay in style and stay in style with this variation of the induction cut.

All Over Brush Cut 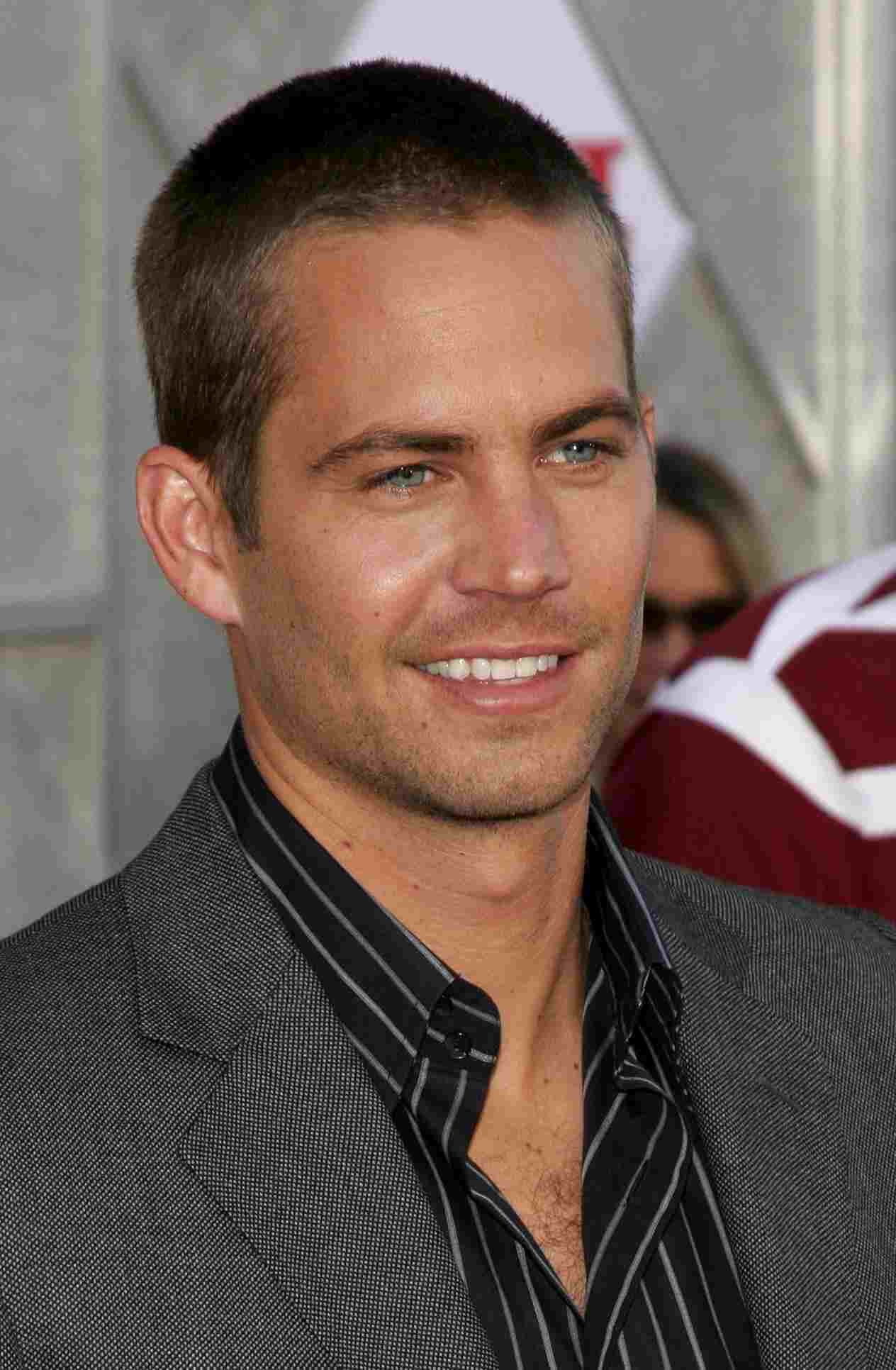 There are styles with which the brush cut can be achieved. And this is another style. A novice might call it as similar as a brush cut but the difference is of that of a razor guard. The trimmer guard needs to be set at the same number, all over, to achieve this cut. Easily manageable and no need to comb your hair. Simply apply gel and rock the dinner. 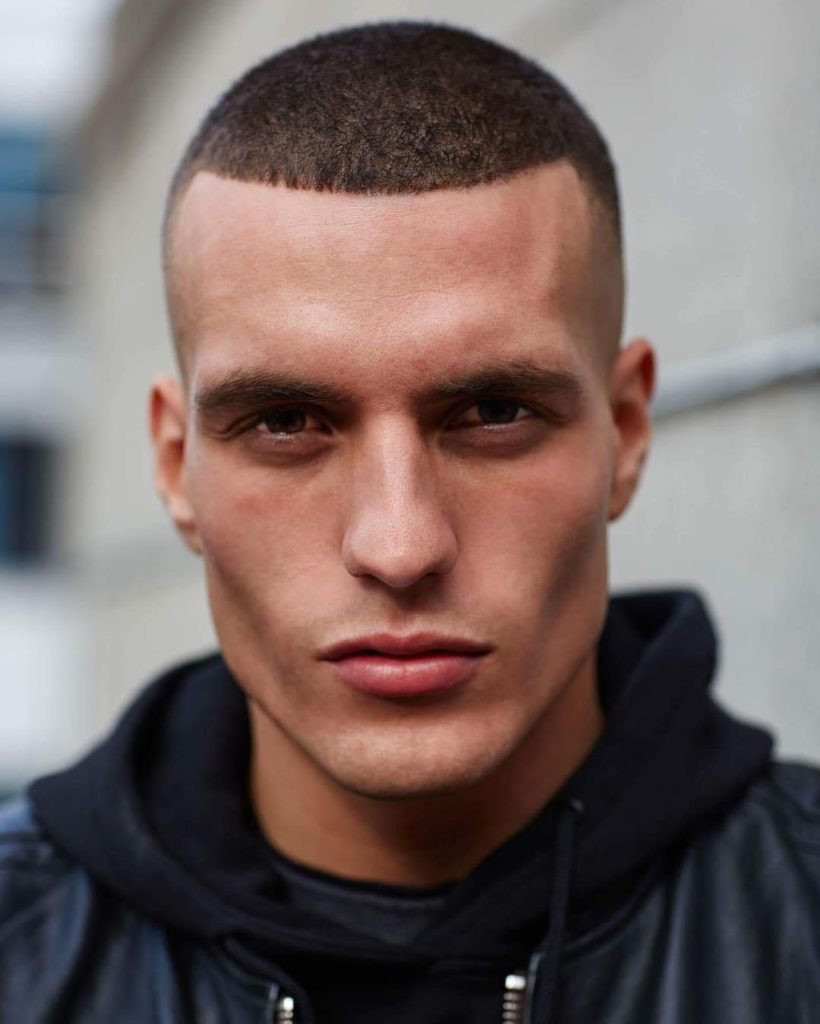 This is slightly different. To achieve this look, the guard number 2 will do justice on the crown area while on the sides; you need to create even lesser hair. For that, your stylist needs to get trimmer razor number 1. The side hair should be around a half inch long or one, not more than that. While on the crown area, you can create a bit longer hair. A neat cut is done in the front portion till the temples. This will create a unique box shape from the front.

In all these cuts, if you are a novice or unknown to butch cuts and styles, you will hardly be able to tell or notice the difference. Your hairdresser needs to gain that perfection to get all the styles on point.